Designed and built between 1961-2 by Lancashire County Council Architect's Department under Roger Booth. The project architect was Eric Morris Hart, Assistant County Architect and the Clerk of Works, Tom Dennis. It was built in parallel with the nearby Naval College for the practical training of masters and crews of coastal craft in the latest radar technology. The building was listed Grade II in March 2003.

An elegant modern design, this small structure forms an attractive group with Decimus Burton's c.1840 lighthouse alongside, the two structures almost demonstrating the history of communications side by side. It is a simple single-storey, oval building set on pilotis above high tide level, with framed timber fenestration, and timber door reached from steps set off the promenade. It has a reinforced concrete, flat roof. Sir Nikolaus Pevsner called it 'a cute little piece'. It was given a Civic Trust Commendation in 1965 as 'a modest yet dramatic little building.' It's now operated by the Blackpool and The Fylde College, the building is a rare example of architecture and technology combining together to form a joyful as well as useful structure. 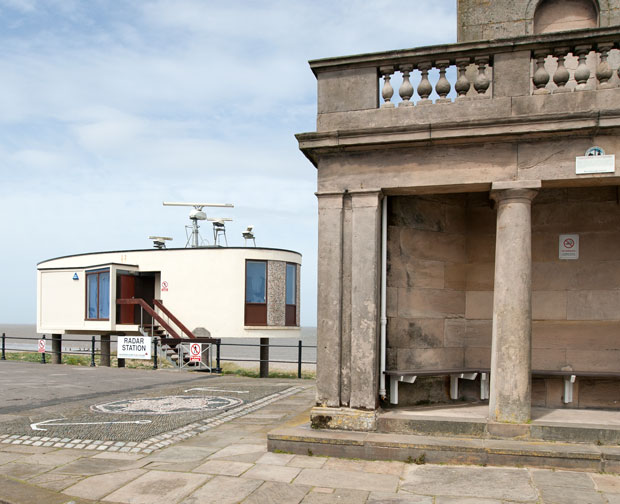