This stylised period block is included here to highlight the contrast against much of the rest of development in Manchester of the time. The buff coloured brick was a rarity in a city built from local masonry that tends to be red in colour, due to the high iron content of the Triassic marls across the region. It is not surprising that this building seems out of place when one learns that the architectural language was preordained, following a successful completion of a similar, but larger, building for the CWS in London, by L.G. Ekins. London was developed much more significantly during the interwar years and has a considerable legacy of modern and deco buildings not really seen in the North. The position of this building in the city means that, despite its obvious period qualities, it can be largely overlooked as it is embedded centrally within a larger group of CWS properties including earlier Victorian and Edwardian neighbours and the later CWS and CIS towers and exhibition hall. The curved corners and the detailing owe much to early Dutch modernism, particularly that of Dudok. Similar buildings were designed by this department and built in Huddersfield and Bradford. 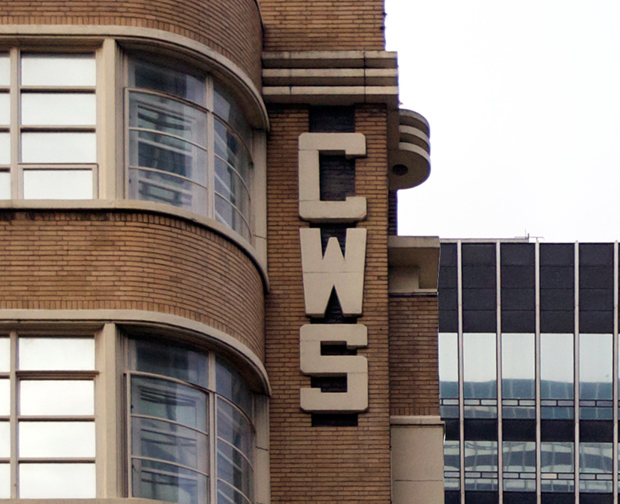