Not a team to spare finishes in historic Lancaster, the County Architect's Department specified 2.5 inch think York stone facing slabs and bronze windows. The range of materials was kept to a minimum 'in order to attempt to give some unity to the building'.[1] Its height and mass were determined in realtion to the tight urban site and the nearby neo-classical Town Hall (EW Mountfield, 1906-09). As with other divisional HQ buildings, this one had garages, offices, cells, a gymnasium and shooting range. The reinforced concrete structure was built in two phases and the first phase was handed over in 1962. The upper floors house the gymnasium which is mainly lit from above and gives the impression of a solid capital to the robust façade. The stone face projects 11 inches further than the ribbon windows on the lower floors and gives a strongly articulated relief to the elevations of the main block. The station was remodelled in the early 2000s. 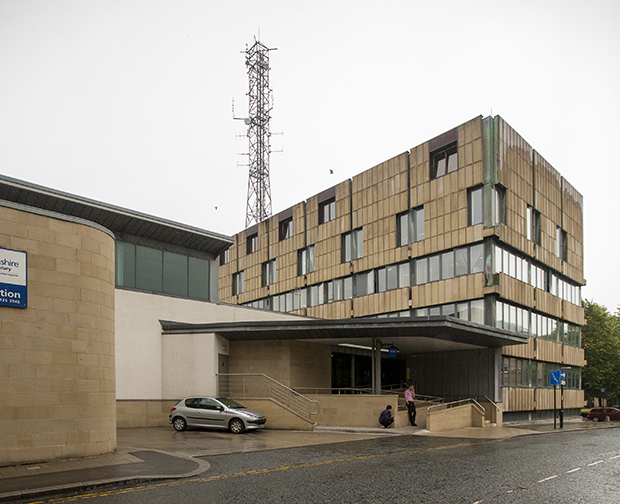