This building formed part of the later phasing of the proposed Garden Suburb of Wythenshawe. It was intended to house up to 100 double-decker buses but was put to use as a factory for components for Lancaster bombers during the war. It is included here for the functionalist qualities of the building and the acknowledgement of the daring of the City Architects Department. Academic papers, as late as 1952, cited this simple structure as exemplar of its type; Harwood notes, ‘this was the pioneering example of the means of construction, and the model for larger shells at Bournemouth and Stockwell’. The arches that support the shell have a span of over fifty metres and are spaced at twelve metre intervals. The concrete shell roof is of the short-barrel type commonly used on single span buildings such as hangars, it is uniformly around seventy millimetres thick. The only single span structure larger than this was indeed an aircraft hangar, at Doncaster Airport, demolished around 1990. This building is now in the ownership of an airport parking company that utilise it as vehicle storage; close to its original function. 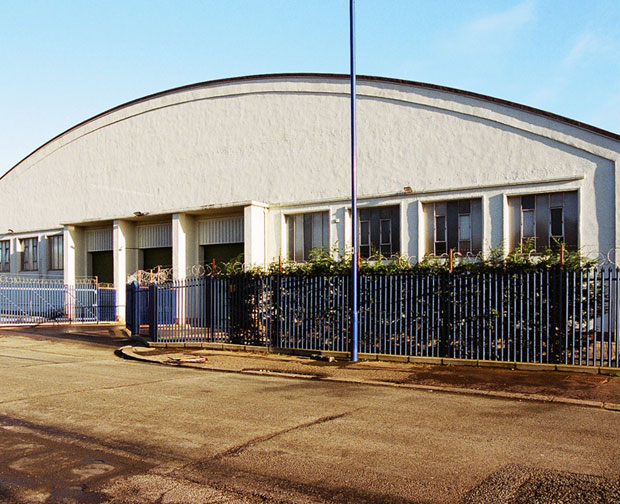