Department of Economic and Social Studies

Designed in in collaboration with Ove Arup engineers, this five storey block was built to house staff and tutorial rooms required by the department which occupied the adjoining three storey Edwardian brick building. An urgency for the additional space led to a solution that could be rapidly erected and the cellular planning made a modular facade the natural solution. The facade solution was intended to bring some animation to the rather mundane orthogonal load bearing masonry structure. As was fairly standard practice, the architect worked with the concrete contractor, Evans Brothers, to design the facade panels. The contrast between these and the in-situ elements was well considered, the panels were light and the in-situ lements dark, both used the same 8" boardmarks to provide texture, the panels vertically, the in-situ horizontally. The small windows between the panels could be opened to allow natural ventilation and heating was provided by radiators. The vertical circulation cores and gable walls were finished in a dark Blockley's brick and neatly bookend the rythmic facade. It has recently undergone a refurbishment. 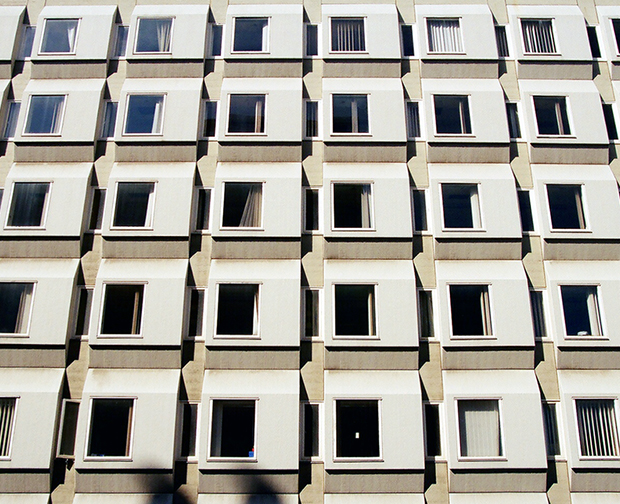 Department of Economic and Social Studies