The Daily Express Building, after its London namesake of Fleet Street, bears the hallmarks of the brand identity designed by Williams for his client. In 1939 newspaper printing and production was at its peak and true mass media beginning to emerge. The sleek maritime shapes were ultimately fashionable, but the quality of the materials employed, by no means typical. The black, enamelled steel panels and the curved glass were both luxury products in their time. The unfortunate addition of mirrored film and rooftop apartments, has somewhat marred the qualities of this fine structure. Newspaper production on this site ceased in 1993, the building is now a mixture of start-up offices for media companies and the aforementioned apartments, adjoined by another block of the same. 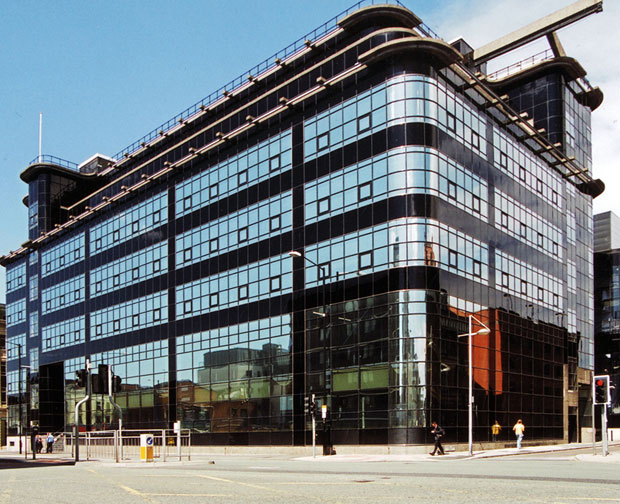