Demolished in 2005, this building was one of the few in the central area that took account of plans for first floor pedestrian walkways in the Portland Street and Mosley Street area. The first floor always had a recessed external gallery ready to connect to adjacent developments. The site on which it was built was bombed during WWII and released as one of the island sites for development that did not interfere with wider comprehensive development in the city centre. The strong horizontal banding of the facade and the articulated stair core were typical motifs in C&S' commercial work, as was the use of white concrete. The chamfered head of the vertical cores is adapted from the tower designed for ICL at West Gorton. On the rear elevation the external concrete stairs were akin to those of the Arts Faculty extension at the university. 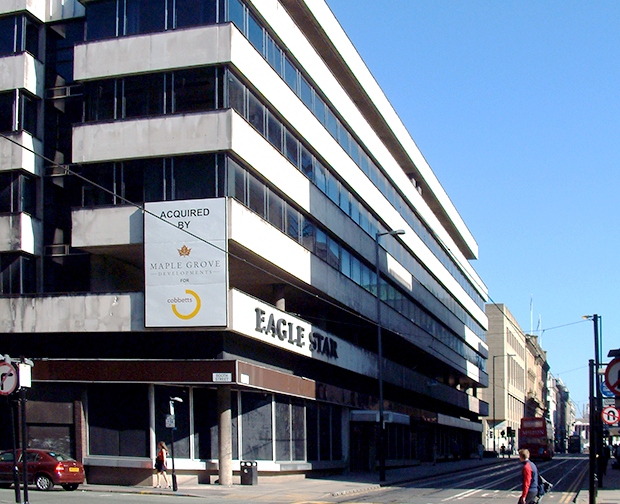