This is one of Manchester's 'brown buildings' - a number of which appeared across the city in the mid to late 1970s. It's not clear whether this simply reflected the fashion of the day and the concrete dyes followed suit or if there was direction from the local authority planners as to the approved tones for new development in the city. Also falling into this category are the former headquarters of the Greater Manchester Council, the extension to the John Dalton building and new buildings by Sheppard Robson at Manchester Polytechnic. Maybrook House was originally a retail showroom, supermarket and office building over 7 floors built for Maybrook Properties Ltd. The in-situ concrete framed building was clad using brick and brown-red precast concrete panels. The C shaped development turned the corner of Deansgate into Blackfriars and cost £3m. Phillips Cutler Phillips Troy practised from West Bromwich and were established in 1959, most of their published work was in the housing sector through the 1970s. 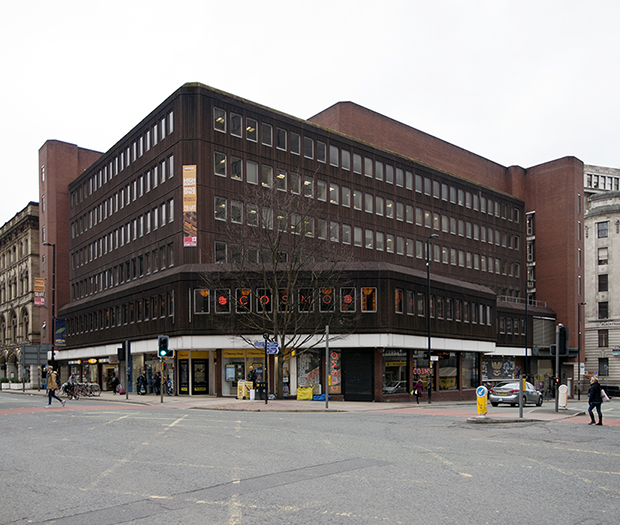