At this time, halls of residence were being considered in light of the University Grants Committee’s Niblett report, which emphasised the educational benefit for students who lived on campus. The term campus was becoming popular when conceiving of new university environments and would characterise the New Universities after the Robbin’s report of 1963. Here, the requirement for one hundred and sixty study bedrooms arose from the physical site restrictions and from studies for optimum occupation that would promote sociability amongst small groups. The building appears to stand alone, almost monolithic; British Railways demanded an easement of six metres from the viaduct. When completed the building had thirteen residential floors with a mixture of single and twin rooms, there were also communal kitchens and the top floor housed the warden’s residence with access to a roof terrace and a larger common room for student parties. The scheme was criticised for the monotony of the elevation but praised as a successful prototype for living in this communal way. The building is now in private ownership but remains a student residence. 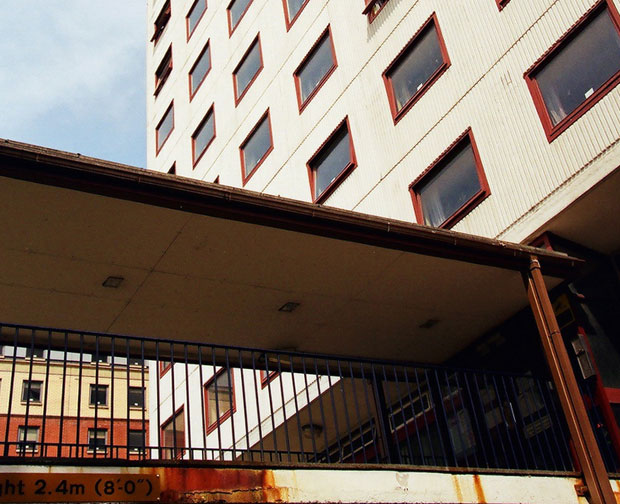