Whittle was a partner of local firm Halliday Meecham and was project architect for the buildings at Salford Technical College, now University. He designed this house for himself and his wife and the finishes remain largely unaltered. The plot runs west to east and as such Mrs. Whittle specified that they should have an internal courtyard to allow light from the south into the main living space. The result is a well considered plan that situates the utility, kitchen, garage and cloakroom to the front and the bedrooms, bathroom and snug to the rear, with aspect to the garden. The whole of the centre of the house is thus the hub and the buffer to the other spaces. A dark ceramic tile forms a continuous strip from the front door to the rear wall, defining an implied corridor. The same material is used internally and externally as it passes through the courtyard. In a further material exercise, the walls running east-west are in engineering brick, those running north-south are in a sand lime masonry to contrast. Bespoke fitted shelving in a funky orange formica divides the kitchen and dining room without touching the ceiling, maintaining the sense of free space throughout. 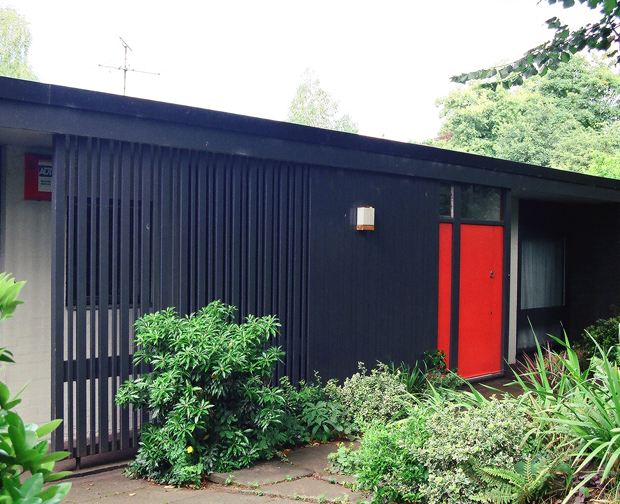