This is the most futuristic of Cruickshank and Seward’s Manchester buildings. Anecdotal evidence suggests that this was a hurried proposal at the bequest of government, keen to demonstrate a grasp on emergent technologies, following Harold Wilson’s renowned ‘White Heat’ speech at the 1963 Labour Party Conference. The designed was allegedly drawn up and presented as an architectural perspective in a matter of hours and accompanied Wilson’s visit to Manchester to open Mancunian Way in 1967. Subsequently, the scheme was delivered as close to the original vision as possible, but it took several years and opened with a whimper, rather than a bang, in 1974. Its cruciform plan and inverted ziggurat form gave the building a powerful presence, befitting of a national centre, but actually minimized usable space; the governemtn were never really certain what the centre was for and how many people would work there! The white tiled exterior has fared better than other tiled buildings in the city; YRM’s Magistrate Courts spent years, prior to demolition, shrouded in black netting to catch falling pieces of ceramic. The tiles aren’t overbearing like the buff of the Arndale, instead it speaks of gridded, networked systems and the colour, of a bright, clean future; like an orthogonal version of a Kubrick spaceship. The floor plates step out as the building ascends and the columns come to rest like the legs of a landing craft, though this is now masked by a development that has filled the void with a less than delicate glass box, housing a supermarket and estate agents. The foyer was remodeled at the same time. 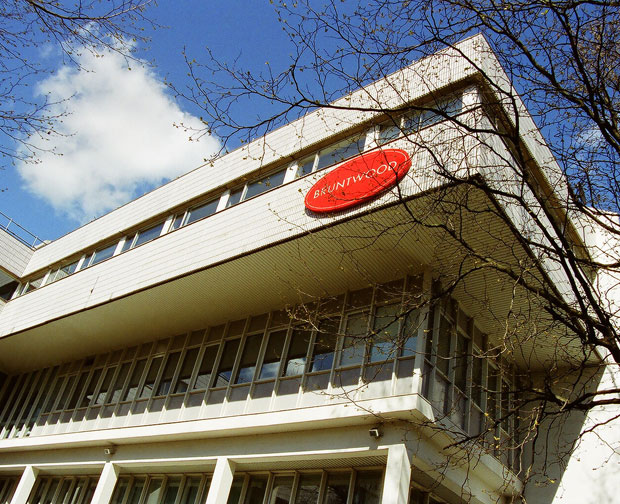