Edward Lyons and Lawrence Israel established their practice in 1932, joined by Tom Ellis in 1947. Theirs was one of the most influential post-war firms, specialising in education, public housing and healthcare. Whilst accusations of LIE’s schemes being ‘short on concept’ may stand, this allowed the firm to rapidly develop new construction techniques that were both innovative and efficient. The latter quality keenly observed by their burgeoning Local Authority client base. This building undoubtedly encapsulates the mantra of strategic planning that LIE applied to almost all of their institutional design and is legibly a sum of its parts. Pre-cast moulded panels with a distinctive profile were formed using rough boards, white cement and Derbyshire Ballidon sand to give the appearance of in-situ casting. Vertical glazing panels break up the façade and simultaneously conceal and allude to structure. The orientation of the scheme was based on the geometry of an adjacent garden of Remembrance and the site designed to accommodate future extensions. The dissolution of Middleton Town Council and its absorption into the Metropolitan Borough of Rochdale saw the need for the building disappear and the future phases of development were never realised. The site is now operated by Chubb. 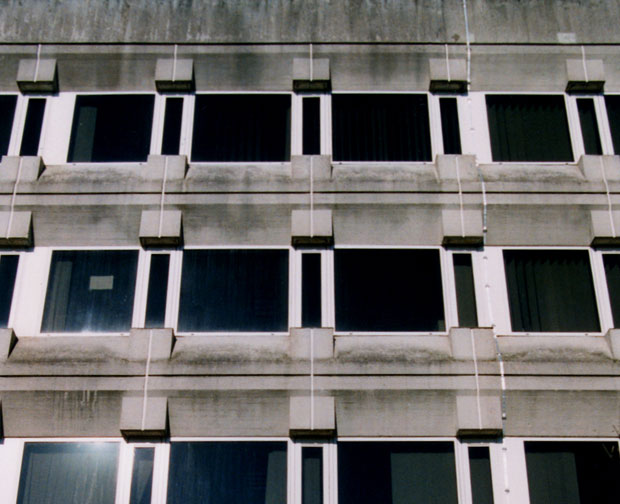