The eighteen-storey Rodwell House was referred to by Pevsner as belonging to the ‘Louis Kahn succession’. When considering that now it seems somewhat over enthusiastic. The scheme has some drama, the cantilever of sixteen storeys over the entrance being one such moment. The reason this building does not have the kudos attached to other 1960s works in the city is largely down to its detailing. The drainage of the façade was never properly resolved and the resultant staining means that the tower has been in a visible state of perpetual maintenance, predominantly painting and re-painting; the most lurid colour being a turquoise applied to the window frames in recent times. The in-situ concrete has fortunately remained white. It was structurally a brave endeavour; the whole tower rests on only eight columns that straddle the canal below. These columns are seen rising on either side of the tower and are effectively the gesture that give the scheme its aesthetic. The exposition of structure on the outer face is repeated in the attached three-storey element that contains retail space and offices. 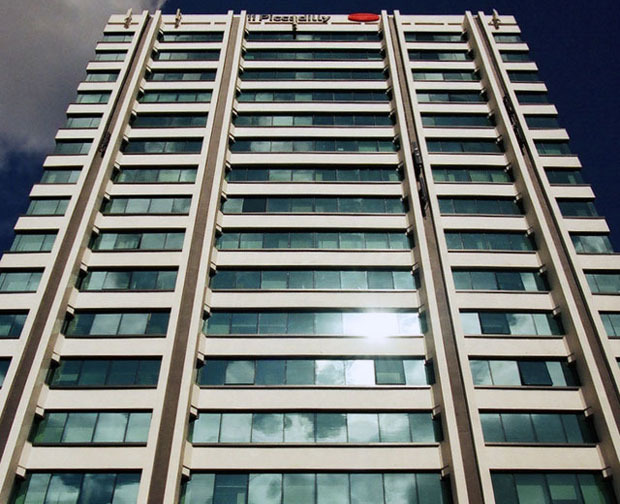