The RNCM was formed from the merging of two institutions, the Royal Manchester College of Music and the Northern School of Music. The amalgamation had first been mooted in 1954, but it took until 1967 and alignment with the wider Education Precinct Plan for any concrete proposals to come forth. The architects were thus responding to the demands of two briefs, that of the client and that of the integrated masterplan. Access was provided at grade from Booth Street West, but the user was positively encouraged to use the first floor entrance accessed via a bridge from the adjacent Precinct Centre. The building is essentially a box containing more boxes that house the principle spaces; the generous circulation voids wind their way between these forms. The notion of void is further expounded by the sunken roof garden, designed by Michael Brown. The unmodified college was a relatively uncompromising textured concrete form that in many ways denied its face to the main Oxford Road corridor, in the past fifteen years it has been slowly extended and modified by MBLA Architects, late MBLC. This has included a new library and teaching facility to the west and new practice suites to the eastern elevation as well as internal modifications to the kitchens, café and foyer spaces. It is perhaps fortunate that one firm has been retained for these works, as they exist fairly harmoniously with the original skeleton, though its brutal presence has been somewhat softened. 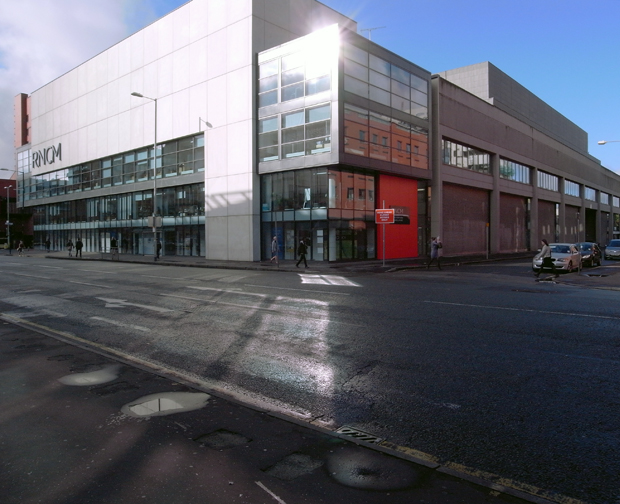