This latter day piece of brutalism is buried within the campus of the University of Salford. It was designed by W.F. Johnson and Partners of Leamington Spa, as a lecture theatre block and gallery. It sits with its long axis running parallel to the railway behind. The series of grey volumes, occasionally punctuated by colourful floods of red and green trailing ivy, hang together in a less than convincing composition. The orientation and access to the building seem confused and detached from any cohesive relationship to the rest of the campus, but there is something perversely attractive about the right essay in the wrong language. The reinforced concrete building contained five lecture theatres, communal spaces, an art gallery, AV support areas and basement plant rooms. Following a major refurbishment in 2012, several additions were made to the exterior and its total concrete presence somewhat diminished. It still houses lecture theatres and a number of other learning and social spaces. 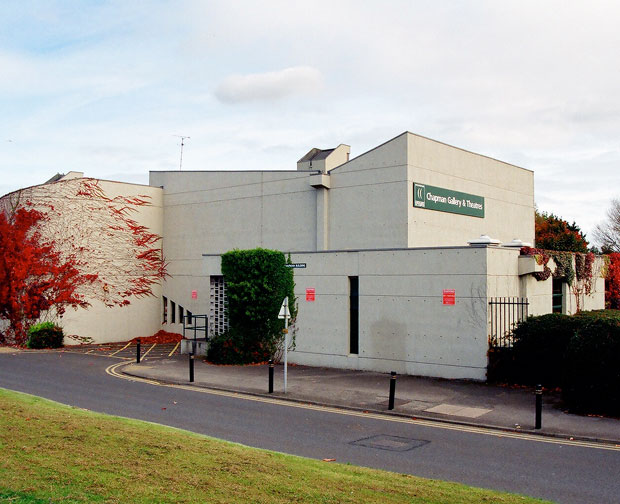