This is the last remnant of the concrete landscape that once connected Cross Street to Blackfriars via the Marks & Spencer shop and the comprehensive development of Market Place. Cruickshank & Seward designed all of these buildings between 1960 and 1974. Despite its obvious commerciality, there is a strong formal articulation of elements and markedly horizontal expression that is characteristic of C&S commercial buildings. The ramp that runs parallel to Deansgate once joined a bridge that crossed, at high level, to the central space of Market Place, known as Shambles Square. The IRA bomb (1996) and subsequent redevelopment (No. 1 Deansgate, Cathedral Street, Exchange Square) severed this relationship and this building now sits in a somewhat isolated position, the amputated end of the construction forms a poor counterpoint to the Cathedral. The 13-storey hotel was originally an office building and as such a significant parking provision was made for employees. Hidden between the building and the river is a multi-storey operation that prejudices any relationship that the city may have with the river at this point. The shops up the ramp and the pedestrian movement at high level above the city was typical of city centre development in the wake of the Buchanan report and the scheme in its entirety had a brief moment of feeling like it was part of the future, but even before the IRA bombing the petrol fumed stained concrete was looking tired. 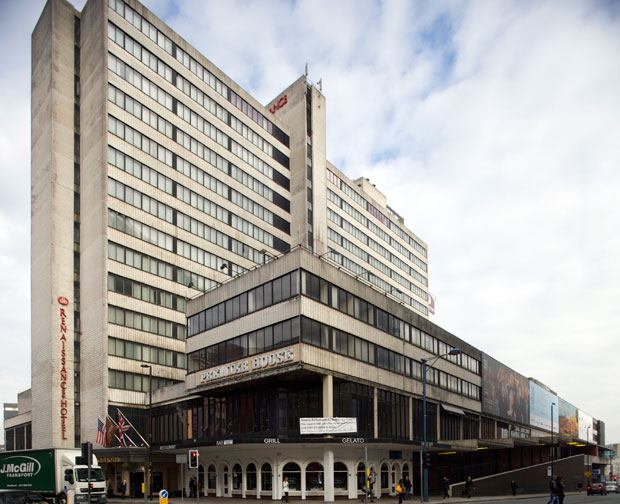