The Arndale rests here for its nostalgic and super-structure status more than any real architectural merit. By 1973 Sam Chippendale had developed over forty Arndale retail precincts in predominantly post industrial urban centres; Manchester (1975-79) was by far the most ambitious in scale. The construction consumed much of medieval Manchester, replacing it with massive blocks clad in Shaws Twintiles T1980, a deep buff tone. The rumours concerning the number and area of yellow tiles have evolved from a quantity surveyors in-joke to a full blown urban myth. The exterior of the centre was commonly referred to as a huge toilet. Nonetheless, the scale and the network of shop lined internal streets that connected to the bus station, the market and the city gave the public of the north-west the closest thing to an American mall that they would see for 20 years. Many a teenager spent fascinated hours content being swallowed by this apparently unique behemoth. Following the 1996 IRA bomb the re-cladding and redevelopment of the Arndale has eroded the much maligned, yet perversely attractive, buff mass. 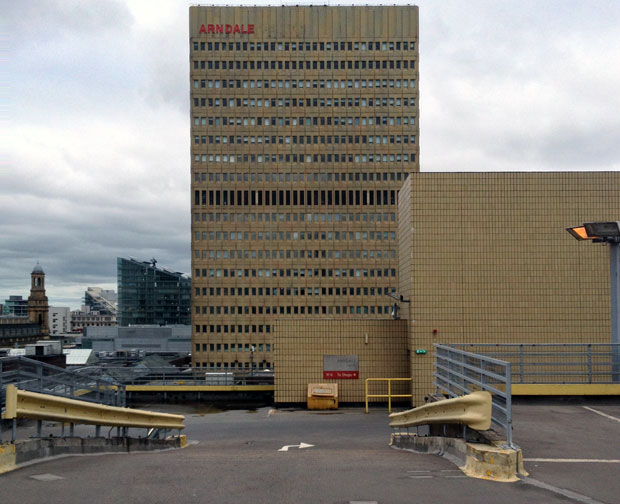