At Hulme Hall the alterations and additions to the existing buildings were designed by Bernard Taylor and Partners, but the chapel was in the hands of J.R.G. Seward, son of the founding partner of Cruickshank and Seward. The halls of residence assumed the form of courtyards and cloisters which engender a certain collegiate atmosphere, but also restrict the permeability of the site and although the blank, monolithic walls of the chapel do peep over the boundary wall of the plot, it retains an air of secrecy. Completed in 1968, the chapel was dedicated on 21 January by the Bishop of Manchester. It was designed to seat 150 persons and to accommodate drama and music recitals as well as religious services. The simple volumes are formed from a series of offset arcs and curves in plan, extruded to ascending heights and finished in a dark engineering brick. This simplicity makes homage to the classical volute in plan but also affords a welcoming sequential experience to the visitor as the volumes increase as one moves from the narthex through to the sanctuary. The ecumenical nature of the space means that it is absent of any doctrinal symbolism although the natural world is permitted its glory; the east window, behind the altar, frames a view of a large copper beech tree at the bequest of the Bishop who was of the opinion that ‘a view of nature was infinitely preferable to the art of man. The private and secluded nature of this chapel and its singular function has permitted it to remain virtually unchanged since its construction and is a rare survivor in this regard. This is not the only hidden religious space within the university. The chaplaincy itself, which flanks the Precinct Centre on Oxford Road, is also by Cruickshank and Seward (after Aalto) and as well as their main celebration space (sadly altered in the 1980s) there is a small top-lit chapel for contemplative prayer off the walkway which connects through to the Kilburn building. In an increasingly secular world and with one eye on preservation it seems that religion is one of the few devices that guarantees the continuity of space and material that is often otherwise lost. 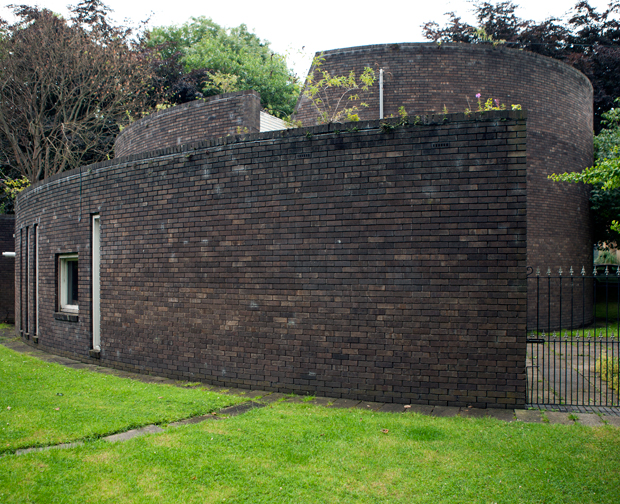