Piccadilly Gardens was the original site of the Manchester Royal Infirmary, occupying the site from 1752 to 1910. By 1914 the site was fully vacant; it became Manchester’s largest open inner city green space. The site has always been a transit hub and now is traversed by trams and buses alike. In the late 1990s the city council sold off part of the gardens to be developed as office space (One Piccadilly Gardens, Allies & Morrison, 2003). The former gardens were sunken and filled in as part of the wholesale reconstruction of the site. Security and a lack of access were cited as the reasons for the infilling. Tadao Ando acted here as concept architect to produce a small concrete pavilion, curved on one side and glazed to face the new gardens. The whole scheme was completed in 2002, in time for the hosting of the Commonwealth Games in the city. The pavilion, whilst successfully meeting the challenge of access and permeability, was criticised for its hard grey finishes in an already gritty context. The main formal components of the gardens are the pavilion, fountain and trees placed on a grid across the extended site. These divide the space and assist in the ascription of varied character across the whole apron. In 2016 it was proposed to demolish the pavilion and replace it with something perceptibly less austere, though probably not as striking. 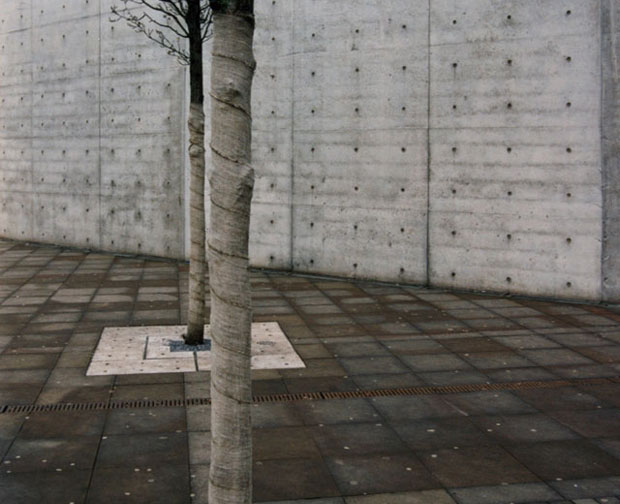