The extension to the City Art Gallery is one of the many projects realised in time for the Commonwealth Games, which had a big impact on the cultural and leisure infrastructure of the city. The temporary closure of the gallery during the construction phase was quite a loss, but became a considerable gain. The scheme was accused of a lack of urban response, particularly the corner that faces China Town. However, it is an art gallery and the control of light, if nothing else, prevents certain apertures from being formed. The scheme was also criticised for its lack of response to Charles Barry’s existing buildings, which is largely unfair. Its mass and materiality pay as much homage as one might expect in a group of buildings almost 180 years apart. Hopkins’ scheme uses neutrality and transparency to celebrate the decorative Greek Revival of Barry’s Gallery (1824) and Athenaeum (1837). The high-tech language conventionally associated with Hopkins is not overplayed here; in fact the concrete coffers of the upper gallery ceilings are a positive joy. The glazed lifts and staircase in the atrium that ties the scheme together are an engineering delight. Hopkins building will stand for a long time and has settled well into the cityscape despite its initial critics. 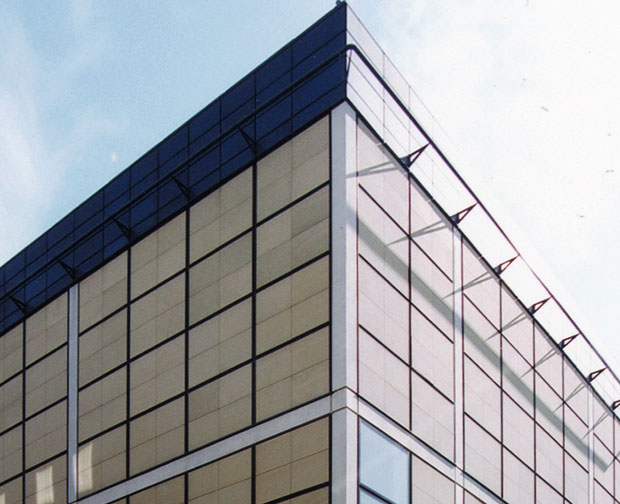