F.A.T. (Fashion Architecture Taste) were known for their ironic post-post modern commentary and product. One early project of theirs persuaded artists, including Peter Blake, to design carrier bags for shops in Carnaby Street and these were both utilised and exhibited. This scheme is part of the New Islington masterplan by Will Alsop and is a social housing project to re-house the existing residents of the Cardroom Estate that was demolished to make room for the new development. Controversially, Sean Griffiths described the application of the residents’ own bad taste as one of the determinant factors in developing the aesthetic. It may have been more democratic to give the residents their own bad taste selection boxes. That said, the jolly group of twenty-three homes plays elevational tricks, engaging with a broader discourse on facadism. The neo-classical, baroque and romantic all collide here in a playful composition that it is difficult not to smile about. 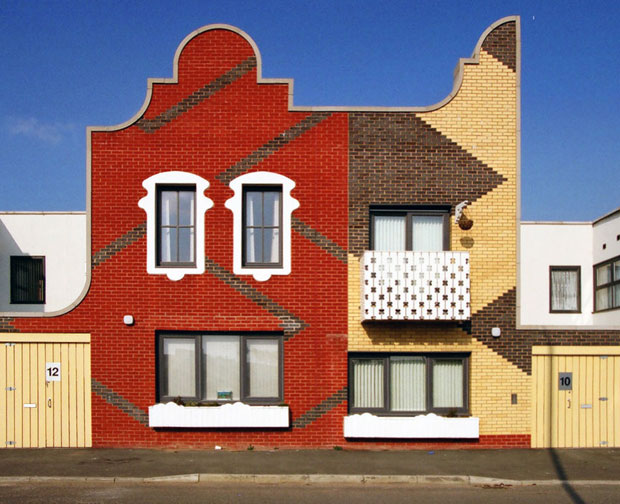