This was the first police station in Lancashire to be constructed using a concrete system, researched and developed by the department. The project architect was D.R. Holloway. It was common practice across the UK to re-use already rationalised details and building systems in school building. This was also true of the development of Lancashire’s concrete construction system (GRID) by the R&D group in collaboration with a private architectural practice, Morrison & Partners of Derby, and the manufacturer.[1] This system was most extensively deployed in the construction of the county’s police stations but was primarily tested in the realm of school design. Four of the textured concrete panels that would eventually form the county’s most fortified monoliths were first assembled in the playing fields of a school in Accrington, which was under construction as the R&D group were at work. This prototype remains in place to this day and had a roof and door applied to act as a shed, referred to in the 1971-3 review of the department’s work as ‘surely the most expensive groundsman’s store ever constructed!’[2] [FIG.02] The intent was to design and develop a load-bearing concrete panel that would transfer its own dead load externally through the façade and reduce the need for internal columns, adding to the established advantages inherent in system building with an attempt to minimise extraneous structure and to free internal planning – this suited both contemporary pedagogic approaches in schools and office layouts informed by bürolandschaft planning. The advantages were discussed in terms of flexibility, the ability to achieve consistent environmental conditions, reduced maintenance, and the exclusion of noise and dust. The windows were conceived as either punched apertures or as slots between panels. Reports of the county architect indicated that the lack of natural daylight was a secondary concern to the architects at the time – glazing, in this context, was considered in terms of its poor thermal performance. The system was variously labelled the ‘Heavy Concrete Method’, ‘Lancashire Concrete Method’ as well as its earlier name, ‘GRID’, and was proposed as suitable for buildings of three to seven storeys. 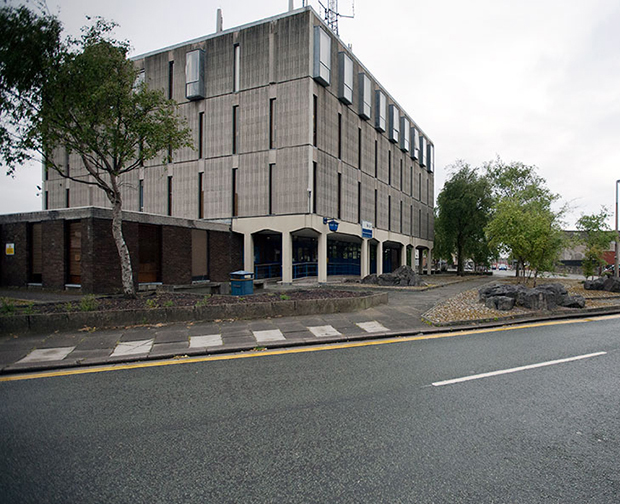