Two tunnels provided a route beneath the River Tyne for cyclists and pedestrians until they were closed for refurbishment in 2013. Hit by delays, they still haven't re-opened (August 2017) The need for these tunnels was established in the 1930s. The shipyards of the Tyne meant that over 20,000 people a week were regular tunnel users. Famously, the wooden escalators are the longest in the world and for a long time were the longest of all escalators in the UK. The tunnels are lined with beautifully toned ceramic tiles in cream and greens typical of the 1950s. Each tunnel entrance has a small building with a domed roof, reminiscent of that of the Dome of Discovery at the Festival of Britain. The whole complex of buildings, tunnels and technology is characteristic of the age. The photographs here were taken in 2009 on the north side of the river. 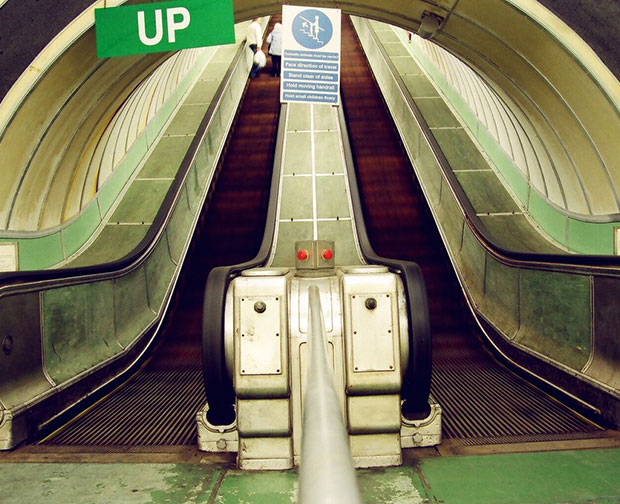