With this iconic car park, and the Dunstan Rocket (a high rise residential tower) Owen Luder defined modernity south of the River Tyne. Luder set up practice in 1957 and designed some of Britain's most brutal brutalist buildings. The hulking power of his concrete architecture fell distinctly out of favour in the latter part of the twentieth century and some of his remarkable formal pieces, including the Tricorn Centre in Plymouth, were summarily destroyed. This car park in Gateshead did not escape the same fate. Famous for its appearance in the film Get Carter, the building was demolished in 2010. The commission for the shopping centre and 600 space car park came to Luder via developer Alec Coleman. Following the initial sketches produced by Luder himself, much of the job was handed to partner Ron Worthington in the firm's northern office.[1] The building had two prominent vertical cores that stood proud of the floorplates and permitted a maximum number of car parking spaces. Up on the roof was a cantilevered hall with glazing on all sides and commanding views. It was originally designed for a nightclub, but the lease was never signed. The Trinity Square development was replaced by a Tesco supermarket. 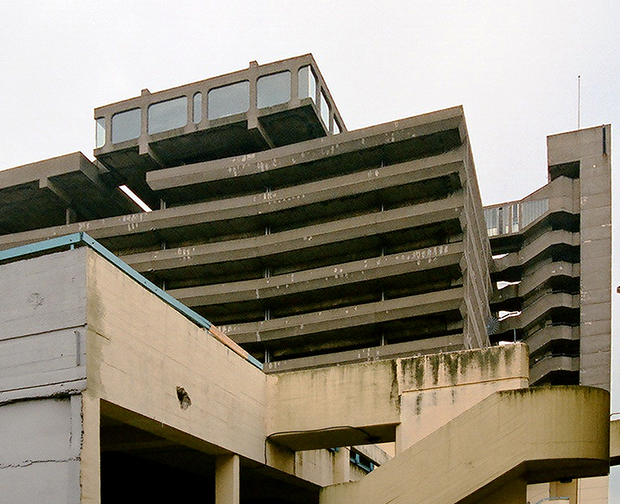