Originally known as the 'Ritz Palais de Danse' and, according to Pritchard (1988), of all the early Manchester Dance Halls, 'The Ritz, Whitworth Street West was the best known’. First class dancers who were assured of finding good partners mainly frequented it, or they could engage one of the professional partners at sixpence a dance. Most people learnt the basic steps at their local dance hall before becoming confident enough to set foot in the Ritz. The building opened in 1928 but was without a licence for evening dances until October 1929. The front elevation is clad in white faience, as were several of Cruickshank & Seward's early buildings. It is thought that the designer in the partnership was Cruickshank and that H.T. Seward was a very astute businessman who knew all the right people. The scheme adopted a neo-classical language and uses castings of musical instruments as ornamentation. There is however a slightly pared down approach to the relief and detailing that makes a gesture towards the modern movement. Later buildings by the firm, including Lines Wallpapers on Peter Street, developed this into a simplified art-deco language utilising the same white faience. They also had a second 'white period' after WWII, evident in the concrete buildings at UMIST. 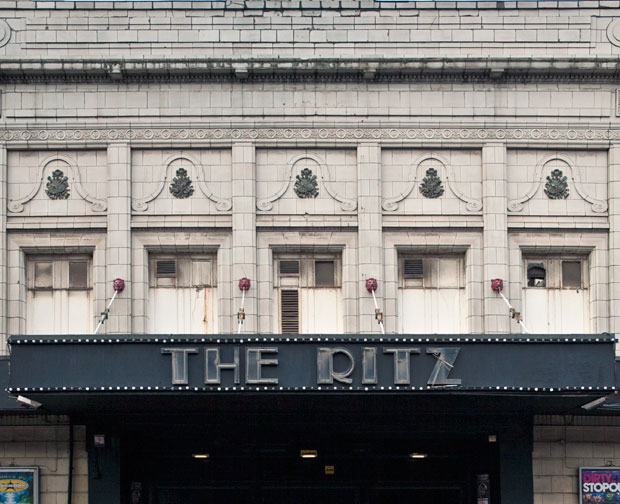