Dennis Sharp was mildly complimentary, describing the ‘appropriately lively and recreational character’ of this building, but was doubtful over the ‘prominence given to the calorifier plant’! This modest building was designed to replace the existing baths on Whittaker Street at a cost of £180,000. The two pools, a learner pool and a ‘championship standard’ pool were arranged in a simple plan that utilised a double height space for the main pool and a two storey section for entrance, spectator and changing. The crenulated appearance of the head of the band of windows affords a certain sense of civic undertaking and the defensive band of solid masonry is a visual foundation for the lighter façade above. Situated at the top of the town centre its slightly fortified language makes a castle for swimming. 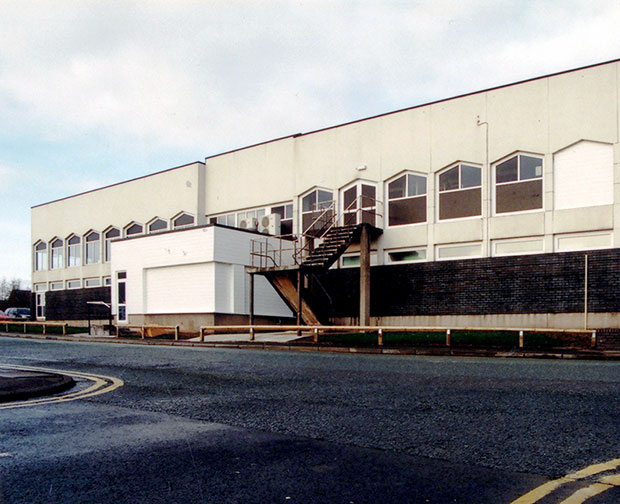