Peter House gracefully hugs the curve of Oxford Street as it leads into St. Peter’s Square. This was one of the earliest commercial buildings to be completed post-war, which demonstrates the slow economic recovery of the region. Built on a site that had been bombed, the Portland stone seemed to marry with the material narrative established by J.W. Beaumont and L.C. Howitt in their buildings of the 1950’s and following earlier interwar commercial buildings. This scheme has more panache than the rather serious facades of the Student Union building or the Law Courts though. The stepped massing and the articulation of the wings of the building preclude the accepted commercial norm of developing to the edge of the site and instead promote a satisfying formal interplay between the six and eleven storey elements. The building has been sensitively modified despite a lack of any listed status and remains commercially viable as offices and as retail. The continued success may be attributed to the air of quality afforded by the stone, certainly it has ensured the longevity, particularly when one considers the fate that befell the easement hugging concrete of Elizabeth House (Cruickshank & Seward, 1971) across the road; it was demolished in 2012. 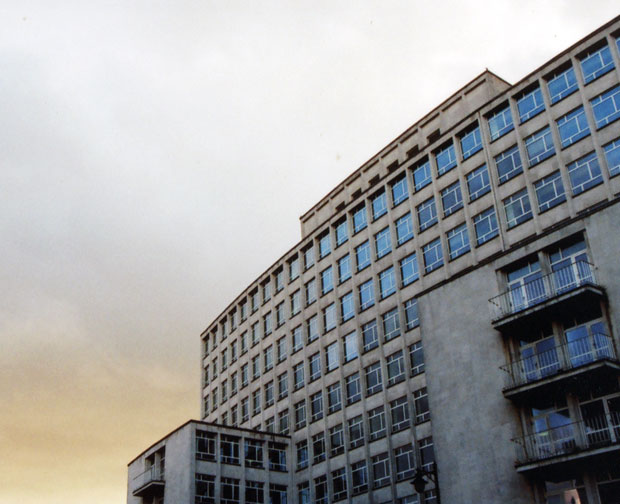