This station handles an incredible amount of traffic for its size, it is the only through route for heavy rail in the city. The laminated timber structure that forms the conoid roofs was experimental and unique in Britain at the time. It remains one of the finest examples. Clendinning appointed the Timber Development Association as consultant engineers. They had been researching timber shell roofing solutions under the guidance of Hugh Tottenham since 1956. The choice of a proportionally reductive arched structure configured to the available triangular site. The three main roofs were formed on site and vary in span from 12.5m to 29.5m; the intention of the free span was to allow the unrestricted planning of the ticketing and concourse areas. The platform canopies are also timber, but were preformed in the joinery workshops and erected on site speedily and with minimum disruption to the active train lines. Timber was chosen for its relative weight as the brick arches carrying the viaduct were assessed and deemed to be of limited strength. The station was listed Grade II in late 1995, and though the materially consistent seating, kiosks and ticket office remain, the original ticket collectors booths were dispensed with during earlier refurbishment. 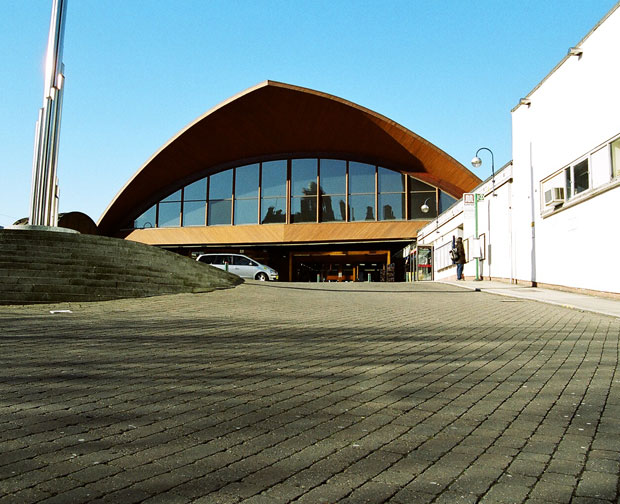