Now a storage depot, the former offices still have a bus garage to the rear, now a private interest (Stagecoach) rather than a municipal one. Devonshire Street South is within quite a gritty zone of inner-urban voids and sites under mixed tenure, from education institutes to distribution, small manufacture and automotive repair. The Department of Transport building is clearly later than the bus garages, but, as the building was procured by the Ministry of Works, there are no planning records within the municipality. The authorship of the building was only ascertained from a grainy, silent black and white film recorded on occasion of the opening. The scheme makes no apology for its rigorous adhesion to the gridded modular system of construction and is reflective of the functional nature off its associated business. There are moments of relief from this repeated elevation; the silver lettering within embossed black marble adjacent the entrance stiffly pronounces the title of the Department in the manner of a mildly officious civil servant. The plant equipment is housed in a recently cleaned trapezoidal copper enclosure that caps the building neatly, but was a later addition. 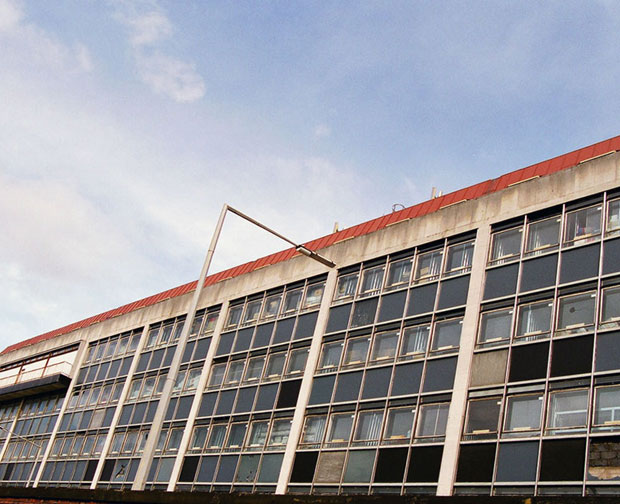