The true brutalist qualities of Piccadilly Plaza are slowly disappearing under new additions and amendments to the existing buildings; the most marked was the demolition of Bernard House, the smallest of the three towers that sat above the podium element. Bernard House provided a striking silhouette by virtue of its twin parabolic roof of timber construction. The timber had suffered over time due to lack of maintenance of the 1960s single ply roofing membrane. The scheme on completion contained a hotel, offices, car park, nightclub, public house and a two-storey shopping centre. It was originally marketed as a ‘hotel in space’. Its commercial success as a mixed-use building has been acceptable, but the environment around the base was not always the most convivial during the less prosperous times of the city. The area around the Plaza remains quite stark and utilitarian, not aided, in the opinion of some, by Tadao Ando’s contribution to the city’s public space, a curved concrete pavilion; however, it is a bus station. Brutalist buildings are increasingly rare, and, with the steady disappearance of this period of publicly hated structures, the alterations may seem all the more regretful in retrospect; though recent refurbishment work by Stephenson Bell has been closer in manner to the spirit of the Covell Matthews’ development. The integration of the ground floor commercial uses into the street scene may ultimately prove more successful than the original, particularly to (New) York Street at the rear. 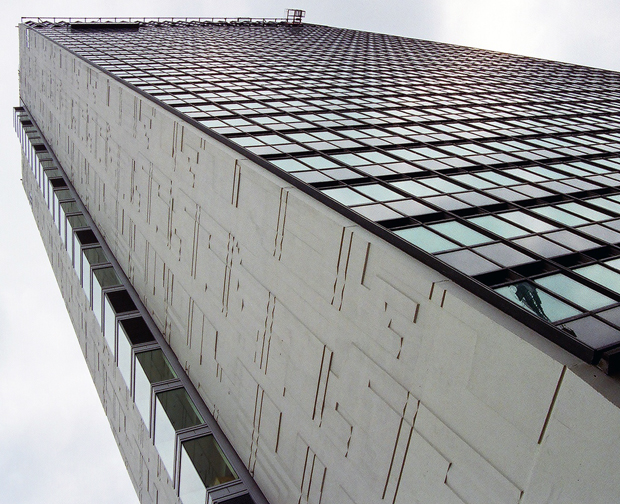