This subtle but stylised building has been much admired by enthusiasts of modern architecture and is often cited as one of the better, but lesser known examples of its time. There have been obvious modifications, the UPVC glazing units are perhaps those which most detract. The ‘tenacious’ project architect, David Hinch, spent a considerable amount of time negotiating the form and finishes with the client, Stella Maris, and was thwarted repeatedly, particularly in the material specification. Typically a hostel is not an expensive building type and clearly the sacrifice made here at the expense of finishes was redressed by the successful formal resolution which assumes a scaled down version of the podium and tower configuration, typical of the age. Other contemporary flourishes include the exposed structure beneath the soffit of the upper block, the expressed vertical circulation and the defensive ribbon windows to the elevation that faces the main road. 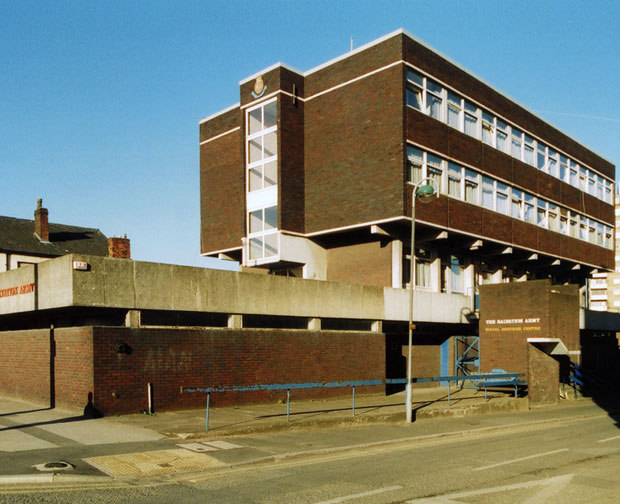