Nugent Cachemaille-Day whether alone, or with his partners Welch and Lander, designed more than fifty churches; St. Nicholas was his first. Herbert A. Barnett, first rector of the parish (1928-38), wrote that Cachemaille-Day insisted on spending time living amongst the fledgling church community to garner a feel for the type of building they would wish to worship in. Cachemaille-Day wrote that the scheme had ‘the definite intention of breaking away from tradition to some extent’. He said that his inspiration for the church was the basilica San Miniato in Florence. The main entrance is from the east, from Kingsway, but is same end of church as the chancel. The Lady Chapel was raised to gallery level, behind the chancel; beneath it were the sacristy and vestry, which provided a sound buffer between the celebration space and the main road. The Stamfordshire grey-yellow brick of the external walls was unusual for the city, but well received. Manchester City News commentator, ‘the Pilgrim’, remarked that the buttresses and heavy stature of the church gave it the strength and security of which the church is a symbol. Upon opening, the church received thousands of visitors in the first weekend leading Architecture Illustrated to ask, ‘does it not indicate that the average layman is more interested in, and sympathetic towards, a new architectural expression for churches than most architects suppose?’ The building was extended in 1963-64 to the west end, again by Cachemaille-Day; he spoke of it; ‘It is a wonderful thought to me that what may be after all my last major building, should be the completion of St. Nicholas, Burnage, my first church and my greatest love in church building.’ Anthony Grimshaw Associates provided the conservation of church and new community facilities in 2000. There were considerable alterations to the internal layout to provide a community hall within the main church building. 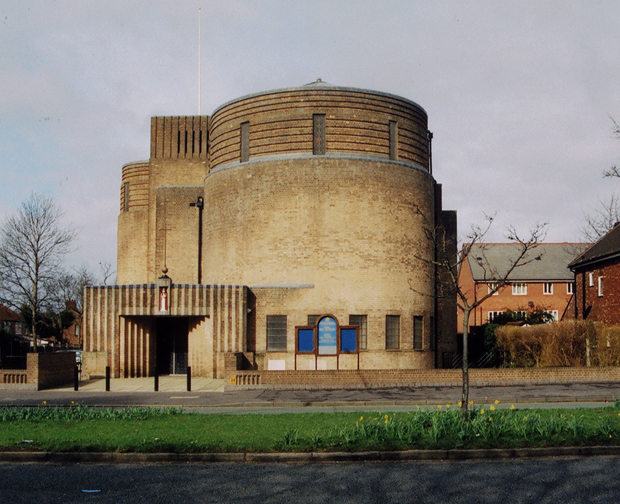