Though seemingly composed of expressive volumes that one would expect to house specific functions, this is far from the case, most gestures here are wilful form making. The drama of the massive concrete cantilevers to Chorley Road cannot be denied, though the pervading beige-ness of the various cladding and the pavement landscape can feel slightly draining. The adjacent shopping centre, also by LRW, it is of a later date, but has aged more rapidly, not assisted by poor mid-1990s additions. The contrast between the library and the Town Hall (1938) opposite, by Percy Thomas and Ernest Prestwich, is not as great as one would expect, though neither building is of the finest quality. The library and hall remain in use and original fittings are still evident throughout, though covered and modified in a piecemeal way. 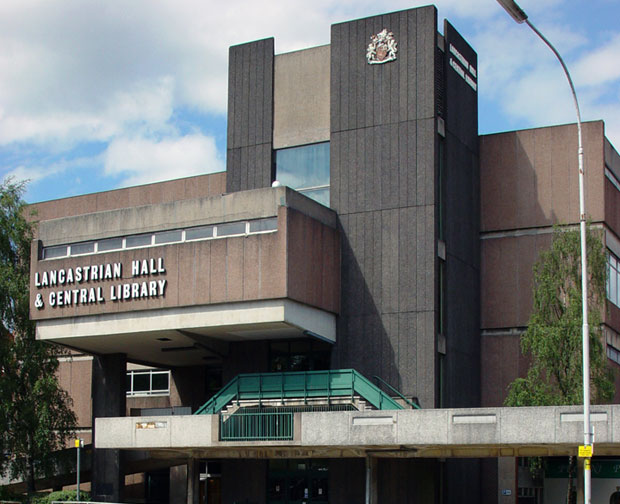