This large office complex provided the transition from Deansgate down to Crown Square as the city gently slopes towards the River Irwell. The scheme in its entirety was designed by Leach Rhodes and Walker in two phases. The first phase was completed in 1968 and contained various local authority departments including education and the registry office. The second phases costing £2.25 million was commenced the same year by Costain Construction and designed to house the production and printing facilities of the Guardian and Manchester Evening News. In the 1945 Plan a processional boulevard had been proposed to link Albert Square and Crown Square, as urban planning began to acknowledge ideas proposed by Gordon Cullen the boulevard became a series of linked squares in the minds of the authority and this group of buildings formed the final such spaces before terminating at the façade of the civilised Crown Courts. This effort to make comprehensive plans was welcomed by the press who had perceived earlier attempts at renewal as isolated piecemeal. The square to Deansgate was flanked on one side by the remarkable elevation of the John Rylands Library and to the other by a small 1950s building by H.S. Fairhust & Sons that was home to the YMCA. The entrance to the MEN offices provided a pulsing, attached-to-the-city sensation and an abstract sculpture (Vigilance) a definitive modern gesture. Between Deansgate and Crown Square a courtyard space overlooked on all sides by the offices was designed in deliberately hard forms and materials. Planters contained the vegetation and vent shafts punctured the surface in a distinctly urban composition. A series of sloping surfaces at the bases of various walls became very attractive play surfaces to the skateboarders and BMXers of inner city Manchester in the 1980s and weekends saw huge numbers converge here for sessions. A wide flight of steps provided the descent into Crown Square where the orthogonal geometries played out across the organising grids of Yorke Rosenberg Mardall’s Magistrate Court. The offices themselves were modular with articulated projecting bays in glazing and blue-black masonry. This whole site was slowly demolished to make way for the Spinningfields development and nothing remains, not even the sculpture – its whereabouts are unknown. 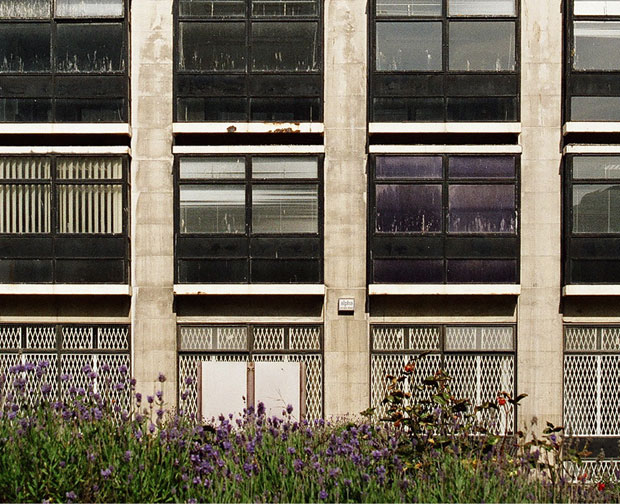