The former offices of Leach Rhodes and Walker (they vacated in 2016) are markedly contrasting to their adjacent Aldine House. This dark jewel of a box is prominent against the stark white concrete of its surroundings. Clad in sparkling dark granite, with smoked brown glazing and steel surrounds, it was clearly informed by Mies’ later American works. A simple formal interplay of cuboids pushes the entrance forward into the square and recesses the ground floor, allowing the main office space at first to assume a floating position over the square and river; no doubt an inspirational space from which to practice. The building is serviced from the rear and ancillary functions are housed within the ground floor to be accessible. The scale of this building next to its neighbours was a curiously misjudged composition that may be the victim of time. When Aldine House was constructed the inner-ring road was scheduled to follow the route of, and effectively culvert, the River Irwell, by the 1970s this plan had been abandoned and released this small plot for development. The full development of the adjacent site also never occurred as planned. 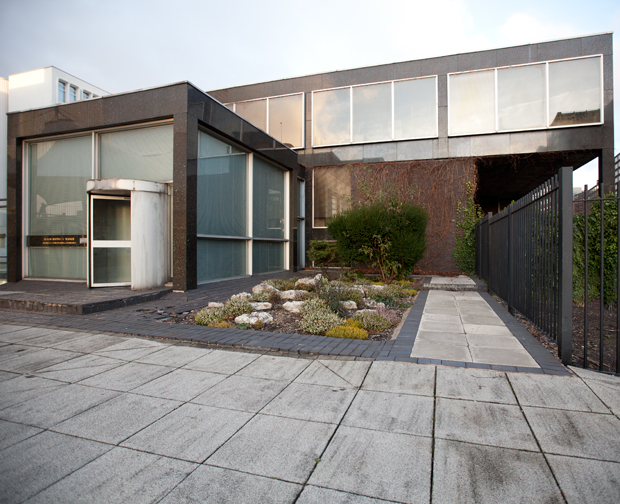